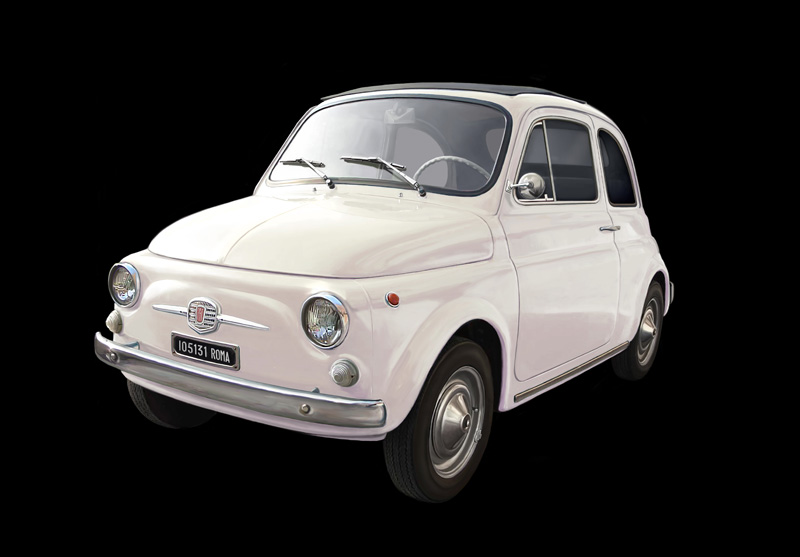 The model can be realized in the Anglo-Saxon version with right drive.

The "Nuova 500" was produced by Fiat from 1957 to 1975. It is a real icon on four wheels and one of the symbols of “made in Italy”. Its unique and recognizable design is famous all over the World. When the small car was set up by the Italian car manufacturer, its goal was simple: to introduce on the market at a very affordable price a new compact car able to enlarge the number of potential customers. Furthermore the new car should be easy to drive, even in the city traffic, and provide very low running costs. The “Fiat 500” was released on the market in July 1957 and it was immediately a success. In 1965 was introduced the 500F, the version with the largest number of units produced. Easily recognizable for the front-hinged doors, in line with the new laws, the Fiat 500F adopted several technical and aesthetic improved solutions as the new frame and the wider windscreen. The Fiat 500F is, still today, the most “classic” version of the whole 500 production and it remains in the heart of a huge number of car fans.