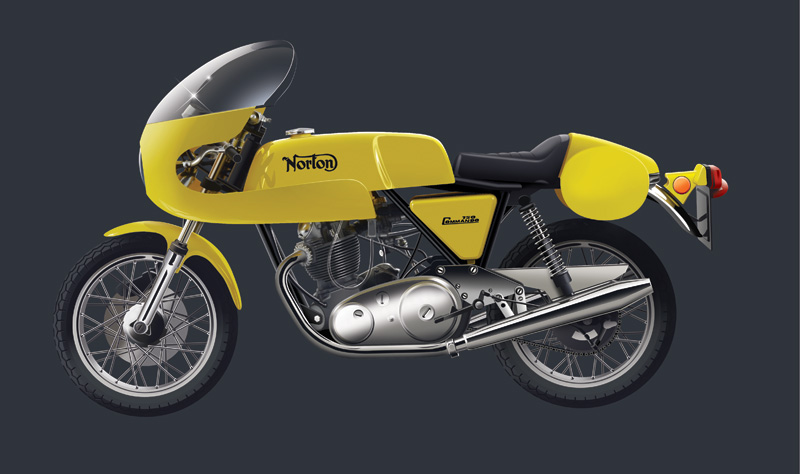 In 1967, in order to relaunch the sales on a rapidly changed two wheelers market, the Norton Motorcycle
Company introduced its new motorcycle: the Norton Commando. The Commando adopted a parallel twincylinder 750cc engine with two valves per cylinder. Compared to the previous British engines it was
characterized by the higher displacement and the tilted forward cylinders. The use of the Isolastic antivibration system provided and impressive increase of the riding comfort. The Norton Commando, replaced the outdated Atlas, and obtained immediately a very good commercial success. It became very popular and well-known all over the World. In the United Kingdom it won the Motor Cycle News “Machine of the Year” award for five successive years from 1968 to 1972. Particularly appreciated the modern and innovative shape, for those time, as the design of fuel tank, handlebar and back cover.