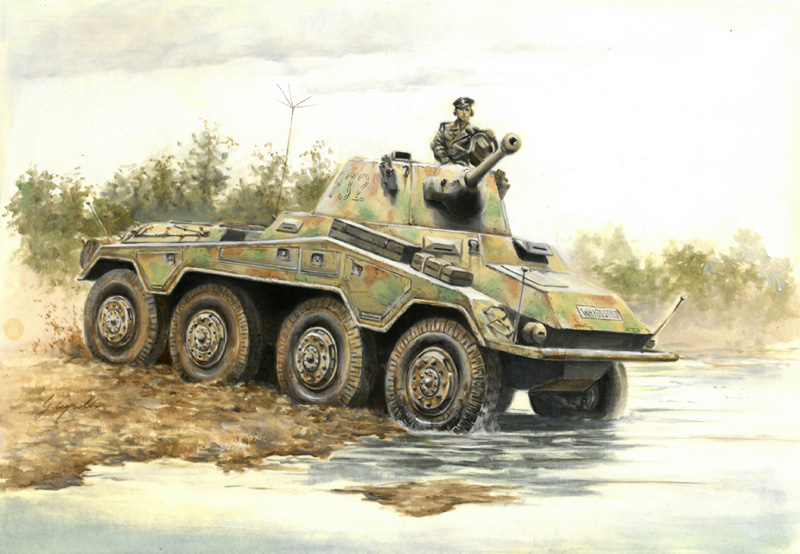 Possibly the best known of all German armoured cars was the "Puma". This eight-wheel vehicle, well ahead of its time, had much influence on British, French, Russian, Dutch and other armoured cars. The German war machinery was however no longer in a position to produce enough of these vehicles to substantially help the war effort.