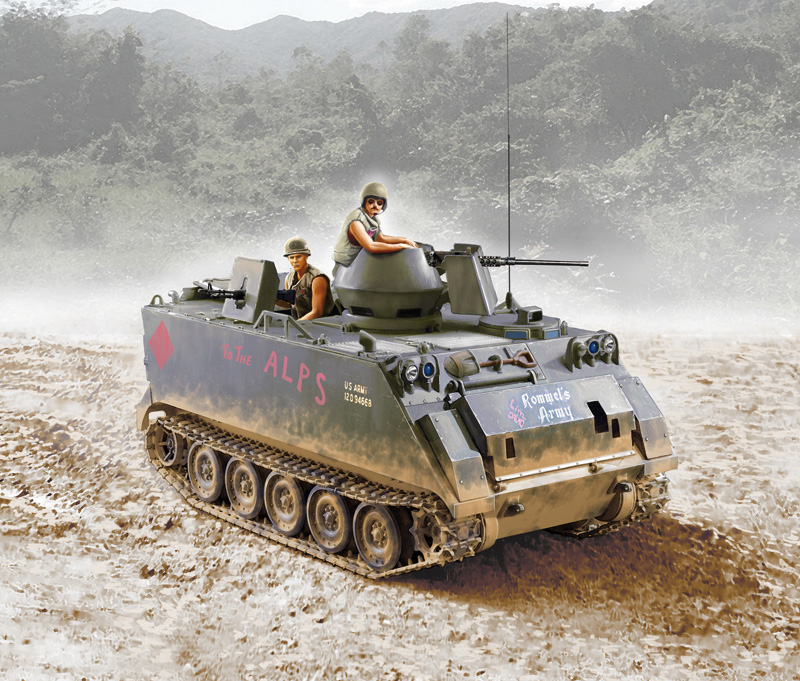 The M113 is one of the most famous armored personal carrier in the history of military vehicles. It has a “fully tracked” layout and it entered in service at the beginning of ‘60s. The M113 was the most widely used armored vehicle of the U.S. Army and the U.S. Marine Corps in the Vietnam War.  Capable of carrying a fully equipped infantry squad, it proved its mobility,  reliability and efficiency in the very difficult operational environment of Vietnam characterized by swamps and jungles. The "armored cavalry assault vehicle" or "ACAV" version was developed very soon to improve the fighting effectiveness of M113. The new features implemented on ACAV version were a circular turret armor for the commander’s M2 12.7 mm machine gun and two additional 7.62 mm M60 machine guns, protected by shields, and fitted on either side of the top cargo hatch.