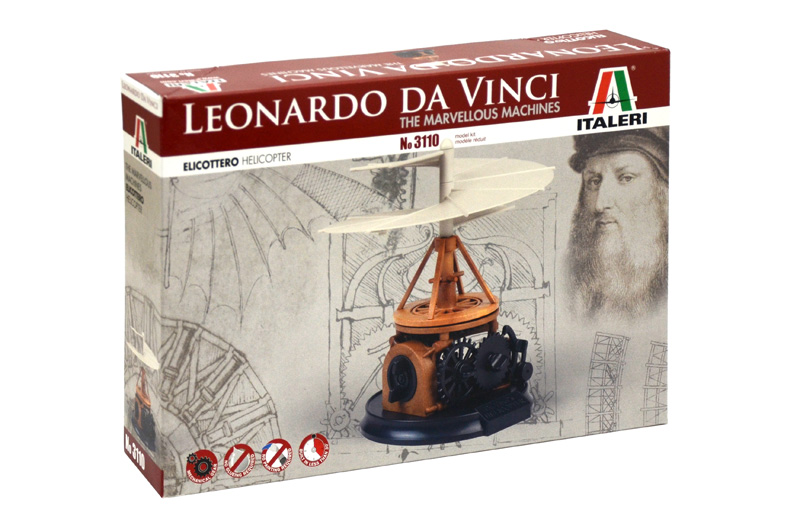 This machine, which is considered the ancestor of the modern helicopter,appears in a drawing dated roughly 1480 contained in theCodex Atlanticus. Leonardo outlines the plan for an “aerial screw”imagining it as a worm screw with a diameter of approximately 5metres, in his intentions, it should have “screwed itself” in air takingadvantage of its density. Moved by the muscle strength of four menwalking on the central platform, it consisted of a wooden structurecovered with starched linen cloth. Since there is no proof that Leonardoactually built the machine he imagined, it remains one of hismany theoretical insights.