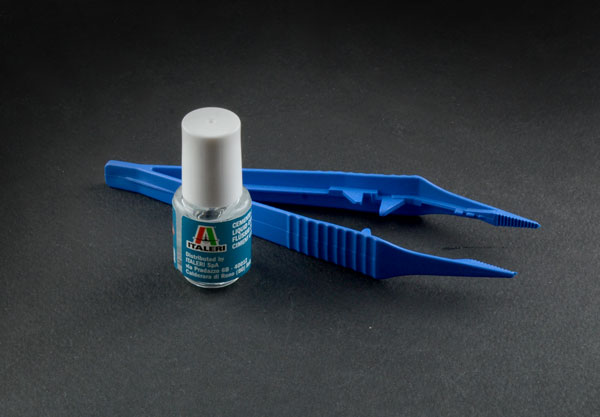 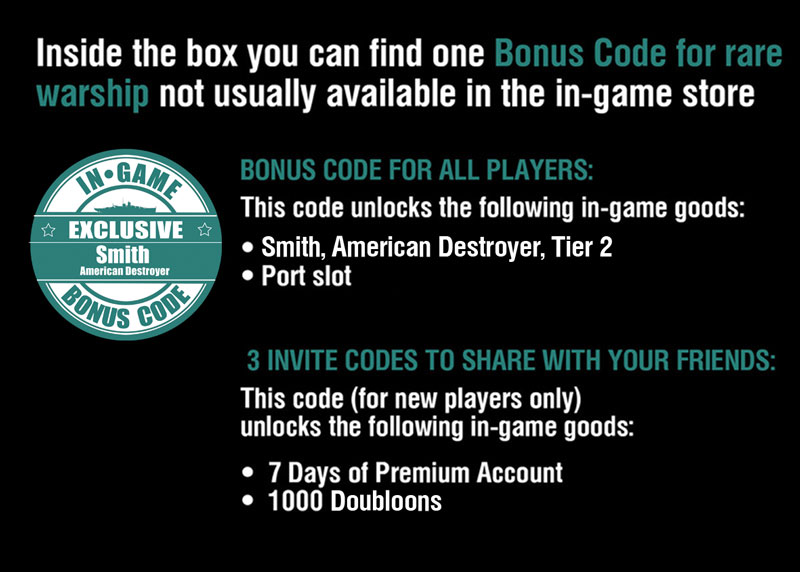 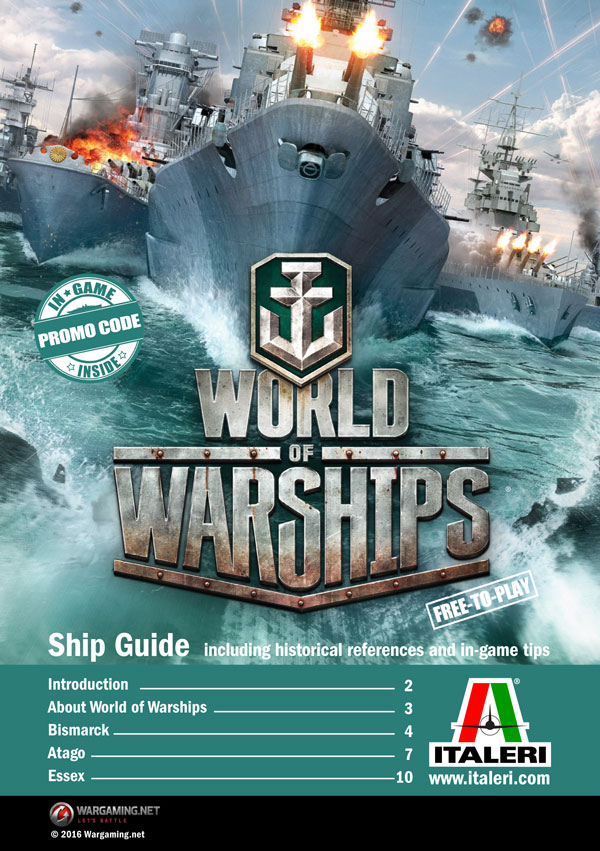 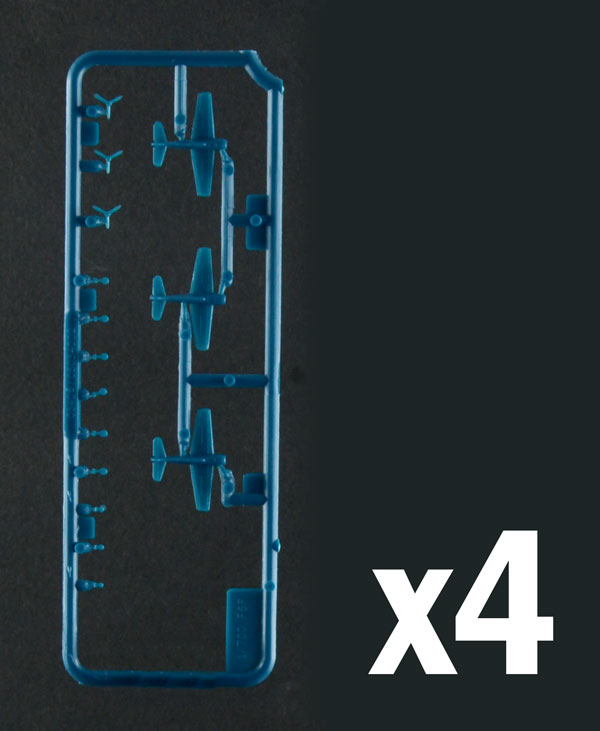 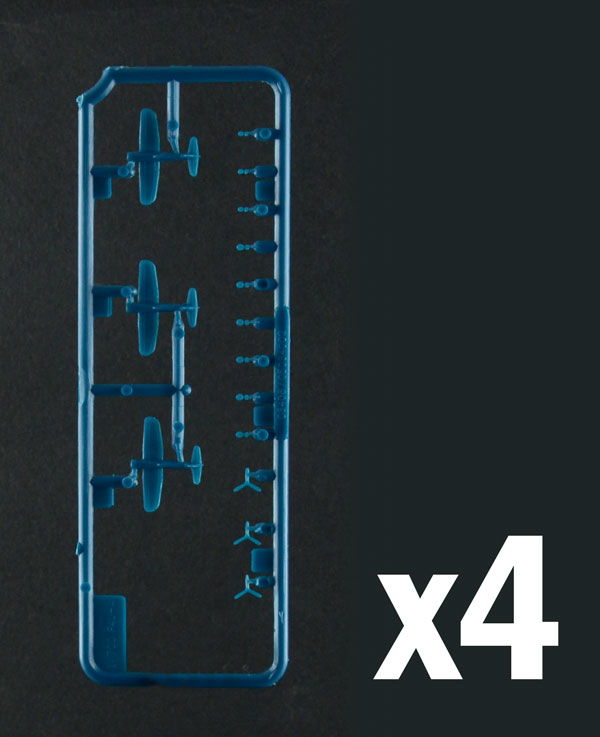 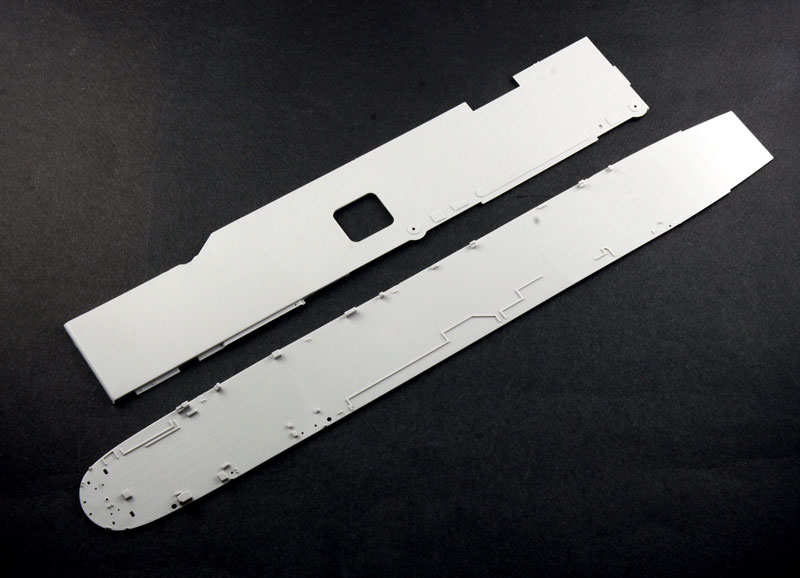 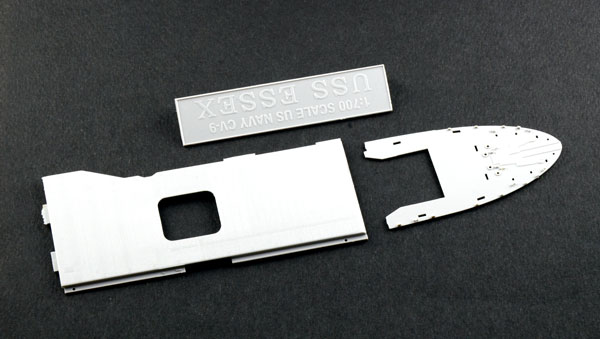 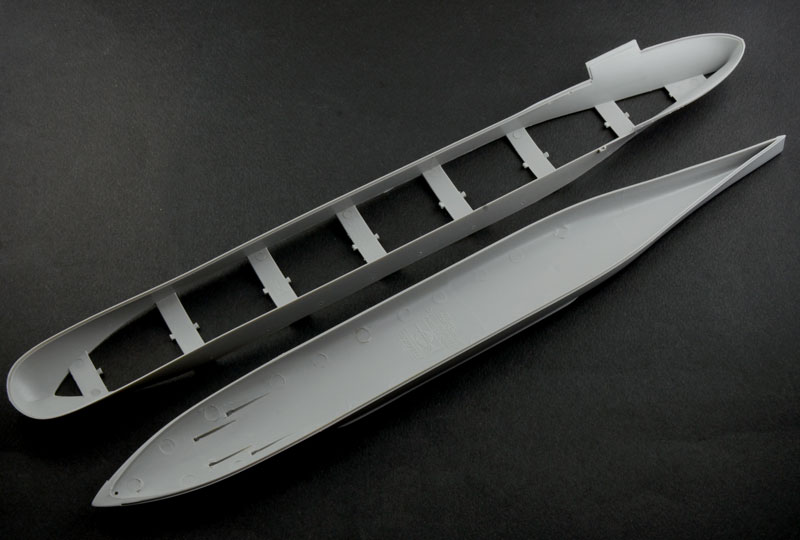 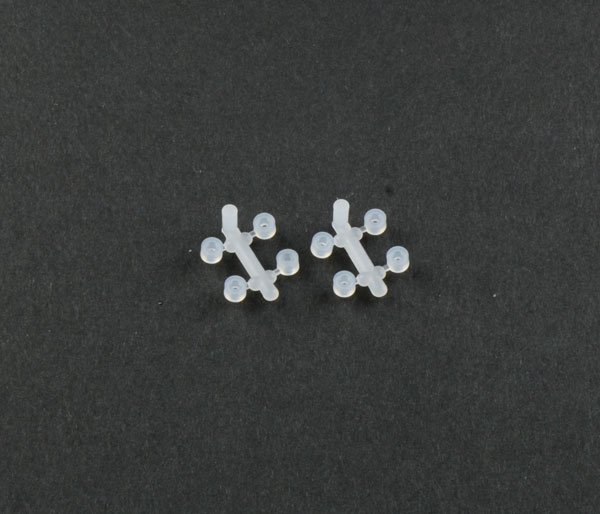 1 MODEL KIT - 1 LIQUID CEMENT - 1 PRECISION TWEEZER -1 SHIP GUIDE - 1 WALL POSTER (29,7 x 42 cm) - WORLD of WARSHIPS DECALS - 3 INVITE CODES - 1 BONUS CODE
After the abolition of disarmament treaties by Japan in 1936, the U.S. passed the Naval Expansion Act of Congress in May 1938, authorizing the building of new aircraft carriers. This was later expanded under the terms of the Two-Ocean Navy Act and then again with the US declaration of war.
U.S.S. Essex (CV-9) was to be the prototype and lead ship of the famous Essex Class, of which a total number of 24 ships were completed between 1941 and 1950. The design of this class aimed to increase the size of both the flight and hangar decks. These vessels also had better armor protection than their predecessors, better facilities for handling ammunition, safer and greater fueling capacity, and more effective damage control equipment.
U.S.S. Essex was laid down on the 28th of April 1941 by Newport News Shipbuilding and Dry Dock Co. It was commissioned only 19 months later on 31st December 1942, due to accelerated construction efforts after the attacks on Pearl Harbor.
Essex served in several assignments in the Pacific theatre of World War II. This included Task Force 58, during the attack against the main Japanese naval base at Truk, the Battle of Leyte Gulf in Task Force 38, which is considered the largest naval battle of that time, and the attack on the northern Philippine Islands where she was hit by a kamikaze attack. Essex also supported the attacks on the Japanese positions near the main Islands, neutralizing any remaining Japanese air power in preparation of a landing operation.
After World War II it was ordered to Bremerton, Washington for inactivation and was eventually decommissioned and sent to reserve in January 1947. It underwent a modernization cycle where a new flight deck and streamlined superstructure was installed. She was then recommissioned on 16th January 1951.
Essex served as the flagship for Carrier Division 1 and Task Force 77 during the Korean War and provided close air support for allied troops. Neil Armstrong – the future astronaut – served on the vessel at that time. After the war it had several assignments in the Pacific Fleet, the Atlantic and the Mediterranean Sea.
In 1961, Essex was ordered to provide air support to CIA-sponsored bombers during the Bay of Pigs Invasion. However, this mission was aborted by President Kennedy at the last moment and the Essex’s crew was sworn to secrecy. It was also part of the US fleet enforcing the “quarantine” of Cuba during the Cuban Missile Crisis in October 1962.
In 1968, Essex was assisting in the Apollo missions - she was the prime recovery carrier for Apollo 7. The carrier was eventually decommissioned on 30th June 1969 at the Boston Navy Yard, after nearly 23 years of active service in the US Navy.