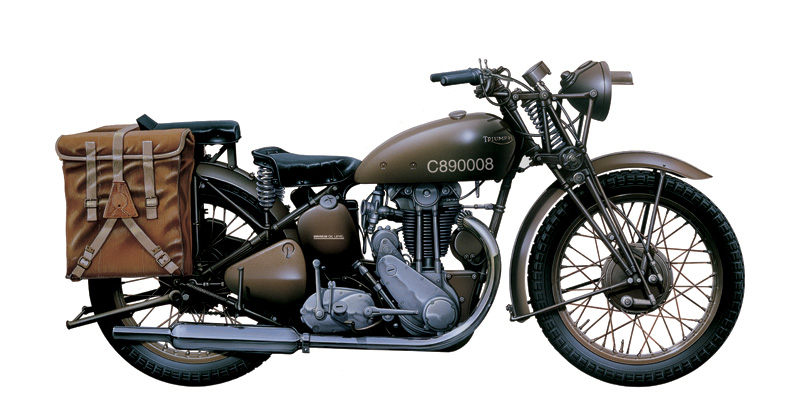 At the start of the 2nd WW, Great Britain did not have all the technical equipment needed for such a conflict, therefore a lot of vehicles were ordered urgently. Motorcycles, mainly used by the well known DR “Dispatch Riders” for communication between different units, were converted from civilian bikes with small changes, like military color and the addition of frames for the canvas bags. Triumph proposed in short time the model 3HW, based on the civilian “Tiger 80”, with an overhead valve engine and parallel forks.This model served on all fronts where the British Armed Forces fought, such as Africa, Europe and Asia. After 2nd WW these motorcycles were delivered to many other nations, such as Italy and Greece, where the Triumphs served for a long time thanks to their reliability and robustness.