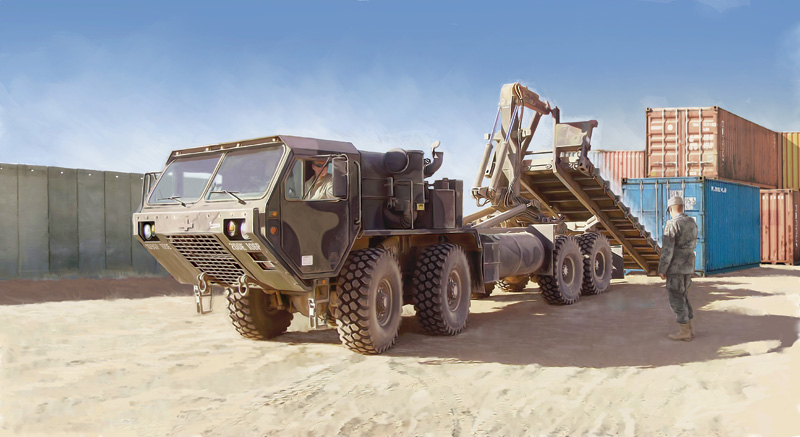 The acronym HEMTT (Heavy Expanded Mobility Tactical Truck) identifies a range eight-wheel drive off-road capable heavy truck, produced from the mid-80s for the United States Army. Thanks to its features, the HEMTT is able to guarantee a great off-road mobility and significant transportation performance. It has become the real “workhorse” of the Army capable of carrying ammunition and equipment in a very effective way. In details the M1120 HEMTT LHS (Load Handling System) is equipped with a loading system, that can be used direct from the cabin, able to transport a lot of different types of cargo and containers. The M1120 iscapable of carrying a payload of 11 tons. That’s make it ideal to perform military logistic duties. It has been recently used in operative area as  Iraq and Afghanistan.