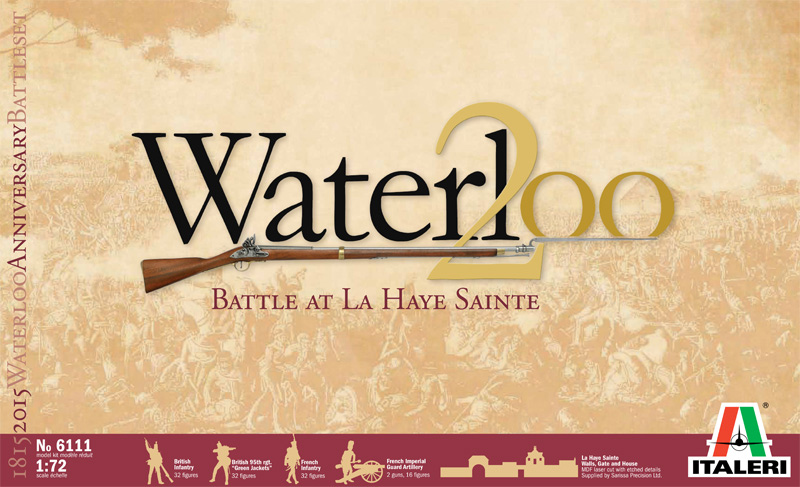 th  to 18th  June the French troops and the Allied troops clashed on  battlefields of Belgium. The battles of Ligny and Quatre Bras were only the proem of the most famous and well-known battle of the military history. A date and a place : 18th June 1815, Waterloo. Wellington considered the farm of La Haie Sainte a strategic point of his defensive line. In the afternoon, Napoleon ordered to Marshal Ney to launch the assault to the farm in order to obtain a significant outpost. The farm was strenuously defended by Allied troops, that had fortified the buildings since the morning. The clash was fierce and the French troops, supported by artillery, were able to conquer La Haie Sainte only in the late afternoon. At 7 p.m. , thanks to the strategic value of the farm, the French Imperial Guard can start the assault but it is too late. Prussian troops leaded by Blucher, vainly searched by Marshal Grouchy, break on the battlefield to support British Army.