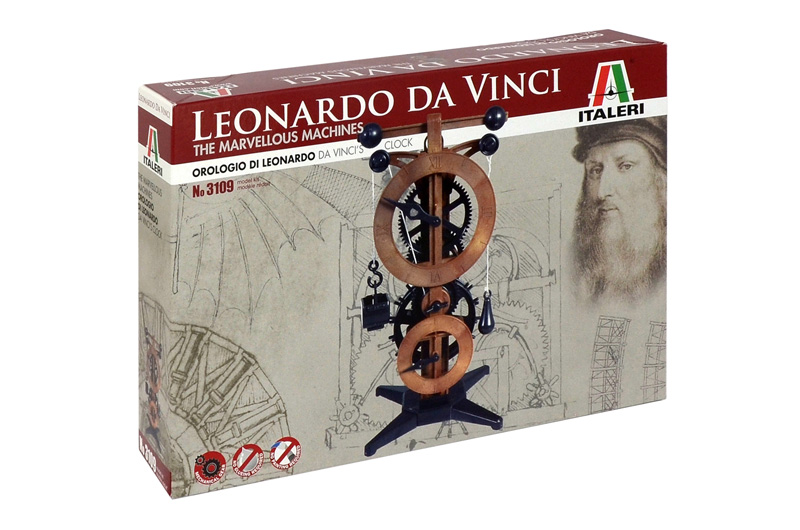 That genius of Leonardo Da Vinci doesn’t need any presentation. All his inventions and ideas written by him in the Atlantic Code were in many senses forefront. Many of these, that today we take for granted, are based on its thoughts and visions. Regarding the clock, Leonardo da Vinci wasn’t the inventor, he only improved it. The clock have two separated mechanism: one for the hours and the other for the minutes, everyone made by an elaborated connection between weights, gears and ropes.