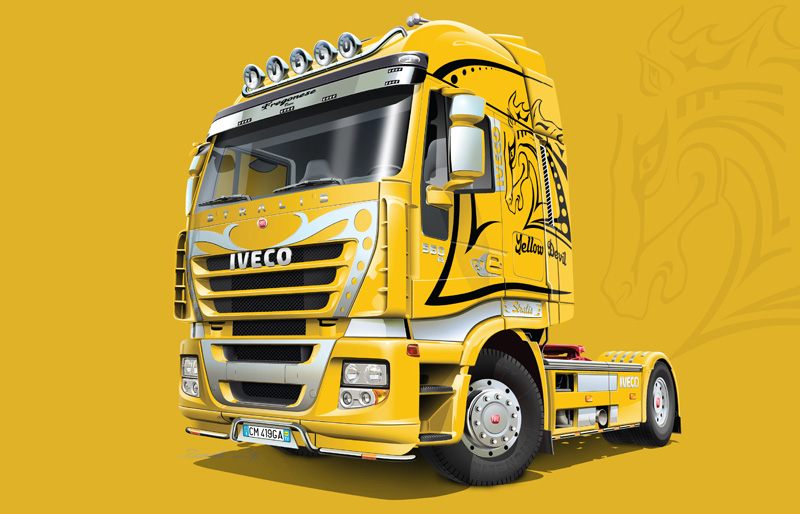 
The IVECO Stralis is, without doubt, one of the most popular tractors present today on the European highways. IVECO has obtained several success in the tractors and semi-trailer trucks business such as the Turbostar in the 80’s, the Eurostar and the Eurotech The Stralis, launched in 2002, is the last generation tractor developed by the Italian company. The powertrain was developed around the 8, 10 and 13 liters, 6-cylinders lay out, Cursor engine. The Cursor engine range, thanks to its turbocharged technology, is capable of delivering up to 560 H.P. The Stralis is mainly built in the configuration 4x2 with 2 axles 6x2 with 3 axles. From the first types, the manufacturer has developed several versions with various improvements. The most significant improvements, with the specific goal to guarantee the highest on board comfort level, have concerned the cab. The packaging also contains new chromed plastic parts that give the model a realistic appearance.