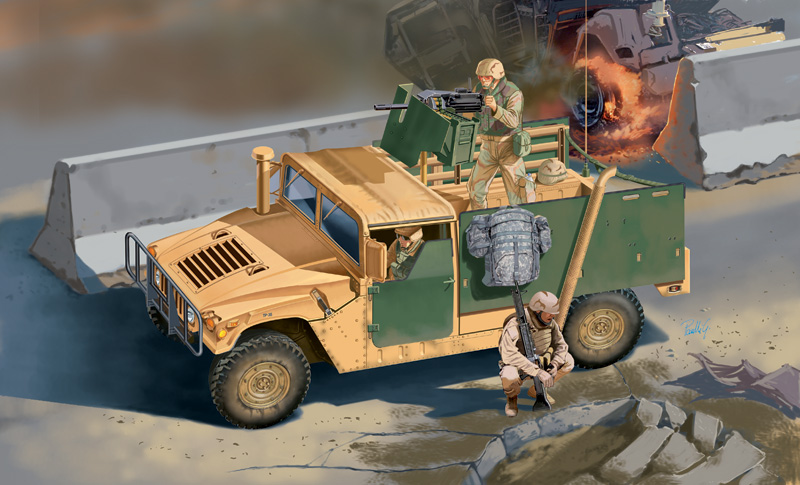 The nickname "Humvee" was created by the acronym HMMWV which stands for High Mobility Multipurpose Wheeled Vehicle. The Humvee is a four wheel-drive vehicle suitable, despite its impressive size, for several purposes thanks to its extraordinary operational flexibility. The Humvee has been produced in a huge number and it was used on all operation theaters by U.S Army from the beginning of 90s. The 4x4 trasmission, the independent suspensions, the V8 engine with a displacement of 6,2 liters, are the main features to ensure an high efficiency on all types of terrains. The Humvee has been produced in several versions as reconnaissance vehicle , troop transport, ambulance, and warfare transportation system. A lot of times, the original versions have been changed and modified directly on the field. The Humvee crews and their mechanics adjusted the vehicles with additional protections and additional weapons to be more in line with the specific environment of the battlefield.