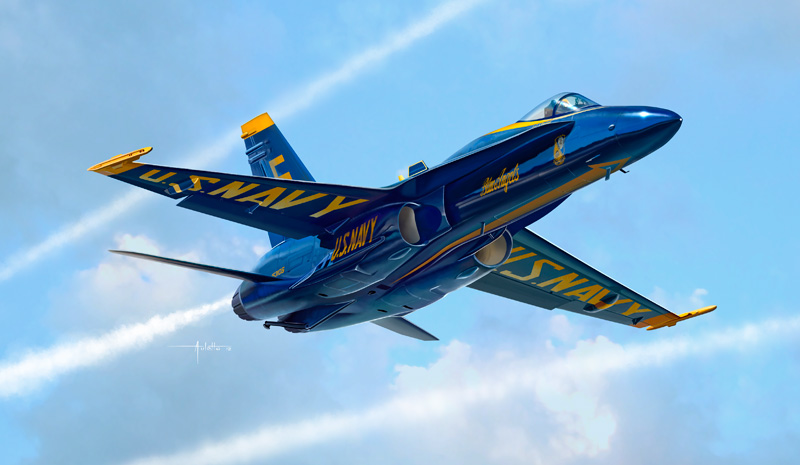 The Blue Angels, the United States Navy's flying aerobatic team, were created in 1946 immediately after the end of World War II. On November 1986, during the 40th anniversary year events, the Blue Angels made their transition from subsonic A-4 Skyhawk II to the new the McDonnell Douglas F/A-18 Hornet. The Blue Angels had already flown on aircrafts characterized by big size, as the F-4 Phantom II, but the choice of flying on a supersonic plane was, at those time, in contrast with the rest of the aerobatic teams, mostly Europeans, who preferred  more maneuverable  trainers. However, thanks to the F / A-18 Hornet extraordinary flying qualities and, in particular,  the high maneuverability , the choice done was an immediate success and the new aircraft has made possible to implement a high level aerobatic program.  Even today, after more than 25 years, the Blue Angels aerobatic tram is still formed by 6 F/A-18 Hornet.