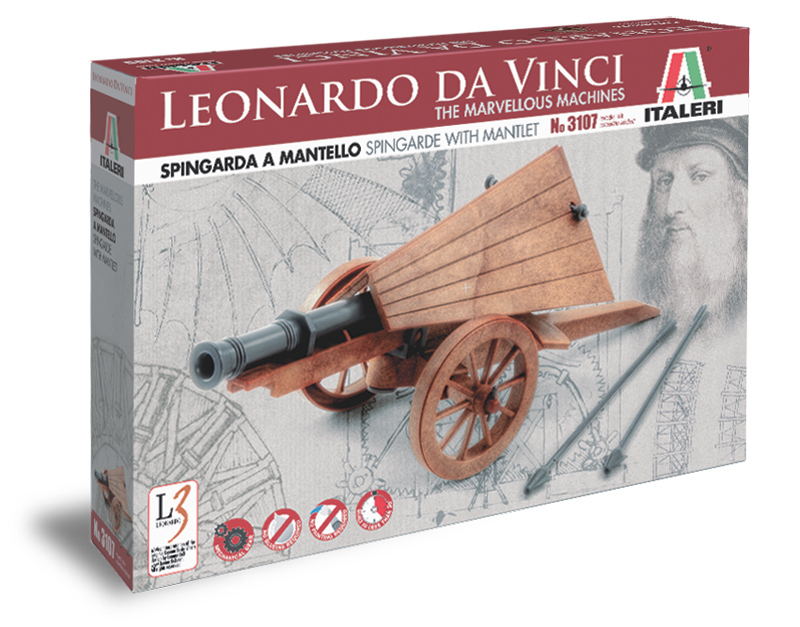 Among the several war machines designed by Leonardo, there are true pieces of artillery such as spingardes.The drawings on the 32r sheet of the Atlantic code hide ingenious insights for that age and represent two different versions of the spingardes. The first was mounted on a tripod and held with wooden pegs along a perforated ring; this solution allowed varying the height of the shot and was designed for spingardes of large dimensions.Our model is a reproduction of the second project: a spingardes with a rotated barrel that allowed the transport of a shed or mantlet, which was intended to protect the gunner.Originally designed for the launch of stones, spingardes were then used with the invention of gunpowder to launch bullets and darts of various types.In fact, some studies related to bullets and recipes of gunpowders are represented on Leonardo's sheet.