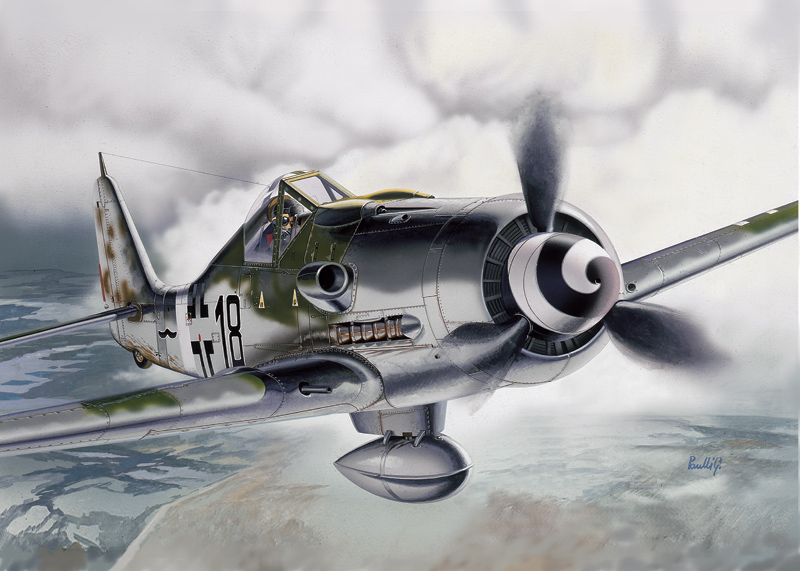 The idea of installing a Junkers Jumo 213A engine (until then mainly used on bombers) in a Focke-Wulf 190 airframe was born of a need to improve the high altitude performance of the aircraft: the A and F versions, in fact, suffered a significant drop in speed above 7,000m. Armed with two 20mm cannon and two 13mm guns, the D-9 was immediately a favourite with pilots, who considered it an aircraft equal to the P-51 Mustang. In its secondary role as a ground strike aircraft, the Dora 9 performed excellently during Operation Bodenplatte, the “last stand” of the 3rd Reich in the Ardennes. About 650-700 D versions are thought to have been made, of which four still exist today.