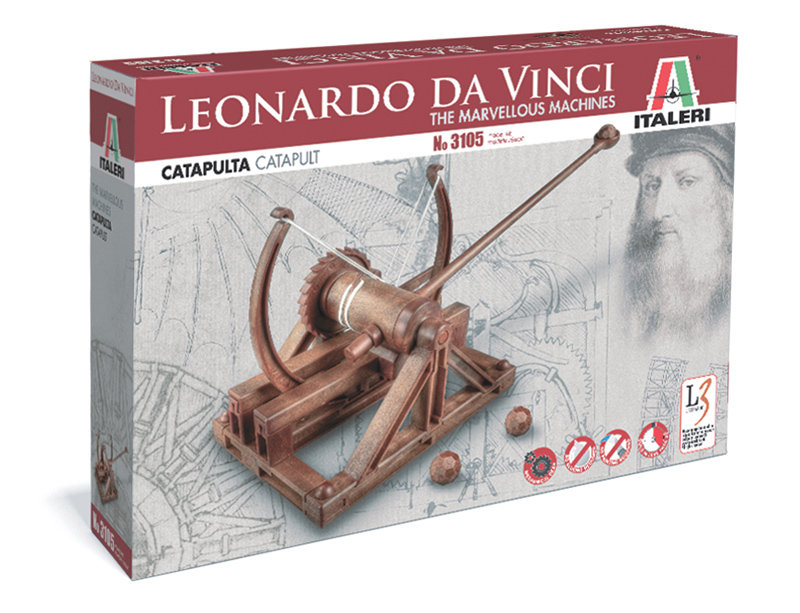 The catapult was a medieval weapon which Leonardo reworked and improved upon.
As shown in the drawings on page 140a/br of the Atlantic Code, which represent six designs of a spoonshaped catapult, the loading mechanism is activated by two large flexible wooden arms that increase launching power.
The stone or metal projectile is placed in the spoon-shaped end of a long lever. The loading operation turns the large central pin and flexes the curved wooden arm. The safety catch is then released to launch the projectile straight at the target. The launching power is proportional to the length of the lever arm and so the energy involved in throwing the projectile is high, allowing the projectile to cover particularly long distances.