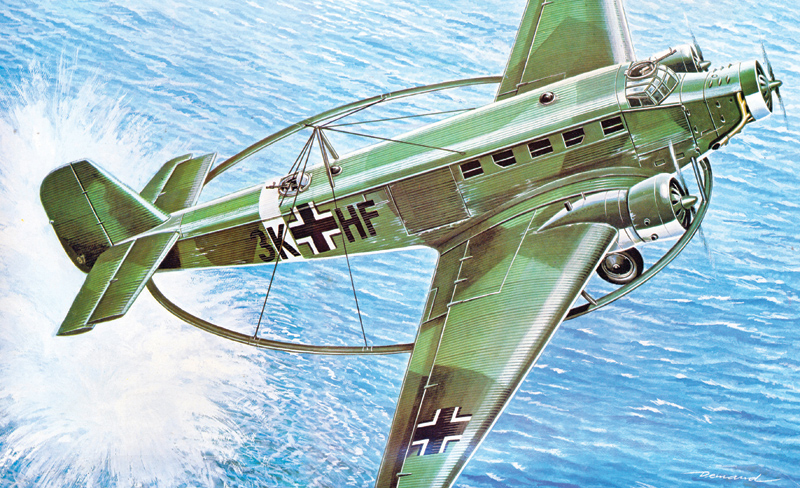 The “MINE SWEEPER” is yet another variant of the JU52 performing a unique task. In order to meet these special requirements, the following alterations were made: The large ring was an electrified metal alloy affair built in sections that were supported with bracings under the fuselage and wings. Low voltage current was fed through the ring while the aircraft was flying over water suspected of being mined by the enemy. The electromagnetic field generated by the minesweeping ring would explode any magnetic mines encountered. Based on the French coast, the Mine sweeping squadron remained operational until late 1944. Some JU 52/3mg6e were used for winter operations to sypply fuel drums for the vehicles of the encircled 2. Armeekorps at Demyansk in the Soviet Union, April 1942.