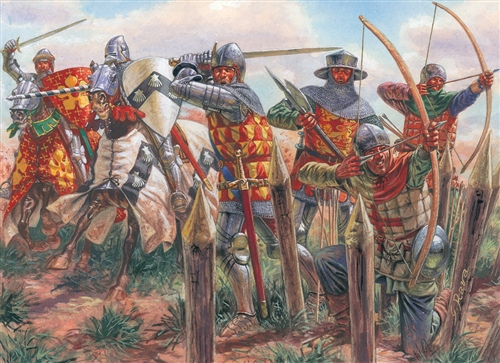 Special Edition 100 Years war 6 figurines in "Special Material" On October 25th, near Agincourt, Henry V's English army, largely composed of foot troops and a small contingent of noble knights, defeated the army of the Constable of France Charles d'Albret, a much larger force boasting the best heavy cavalry in Europe. The English success was determined by the use of the Welsh longbow. This weapon was easy to use, even after a short training. It could hit at 200 yards and penetrate the armor of knights.