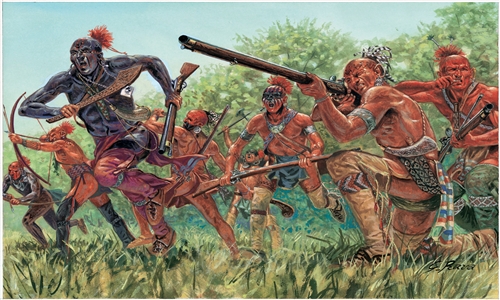 During the American War of Independence, all the sides involved in the conflict looked for allies among the Native tribes. Often used as scouts and guides, their equipment included traditional native weapons like bows and tomahawks , with the addition of European-made flintlock muskets. The Treaty of Versailles that in 1783 put an end to the war, recognizing the independence of the 13 Colonies, did not safeguard in any way the interests of the natives.