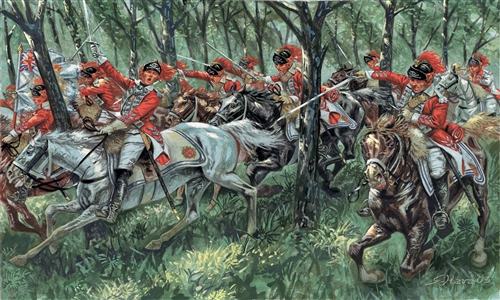 During the American War of Independence the British army modified its tactics to adapt them to the mountainous terrain, devoid of communication lines, of Northern America. Regiments of light cavalry, together with highly mobile light infantry battalions, were the ideal solution. Among the most used cavalry units we remember the Light Dragoons. The 17th Regiment Light Dragoons was already present in 1775 in Boston and can be represented with the typical “redcoats”.