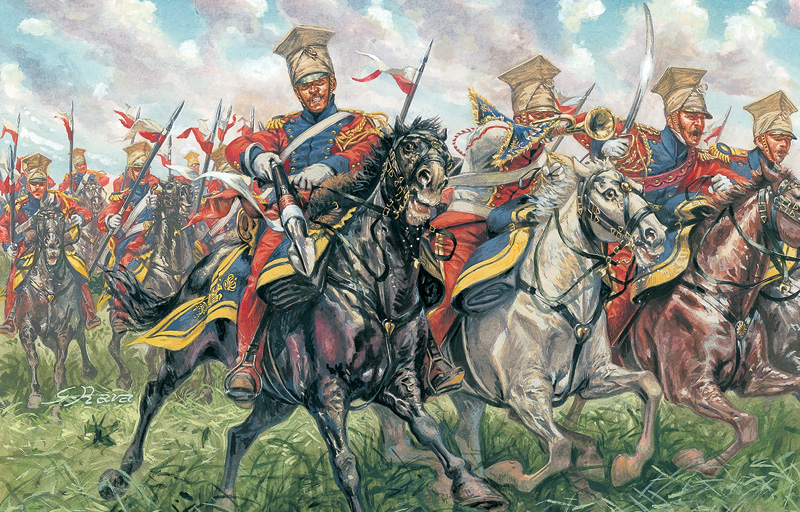 The “Regiment de Chevau-Legers Polonaise” and the “ Regiment de Chevau-Legers-Lanciers” (better known as “Red Lancers” because of the color of their uniforms) are two of the most famous cavalry units in Napoleon's Imperial Guard. Formed in 1807 and in 1810 absorbing Polish and Dutch units after the annexation of their countries, they are characterized by the “Czapska” hat and by the unmistakable lances.