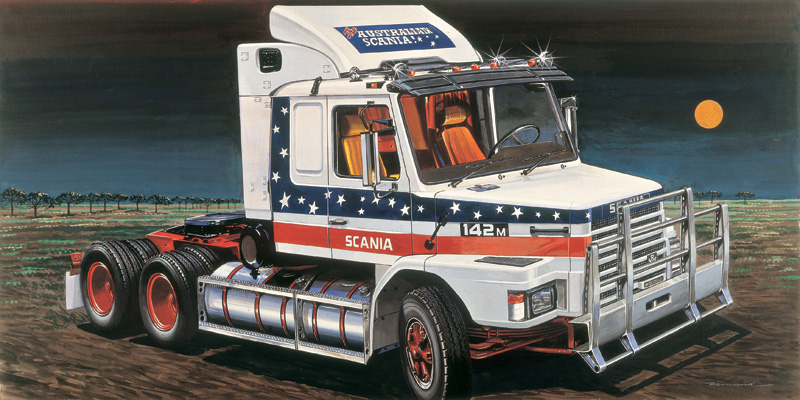 Heavy trucks play an important role in Australia because of lack of an extensive railway network. The majority of goods are moved on roads. The so-called Road Train has up to three trailers and the entire unit with its 19 axles can reach a length of 43 metres. These special Australian trucks have to be extremely sturdy to make their connections across the desert and survive this hostile environment. Typical features of these vehicles are additional tanks and various bull-bars, also called cow-catchers. The Scania T142M is equipped with a V8-14 litre intercooled engine which has 420 HP.