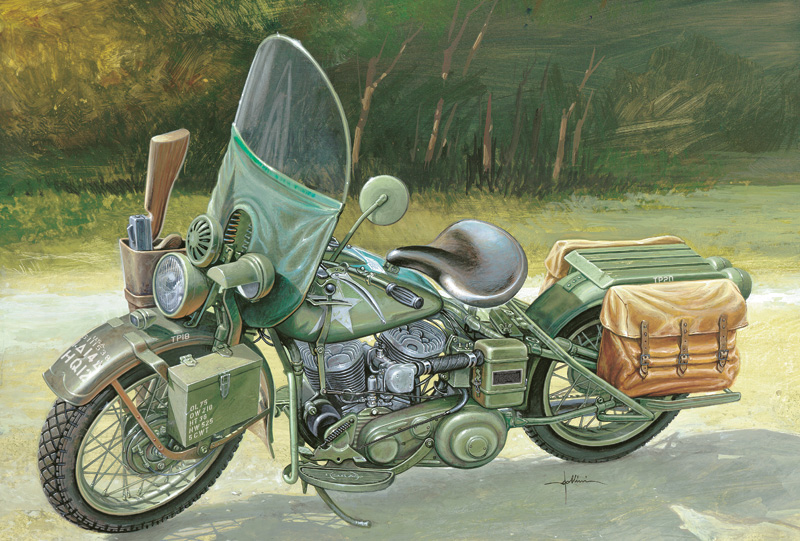 This impressive motorcycle, built in the late 30s to the requirements of the American Police forces, and, in limited quantities, for the civil market, was used during the 2nd World War also by the American armed forces. Very sturdy and reliable, this motorbike was used by the military Police for surveillance, and by couriers for rapid delivery of messages between front line units, thanks to its good road-holding and the performance of its powerful engine.