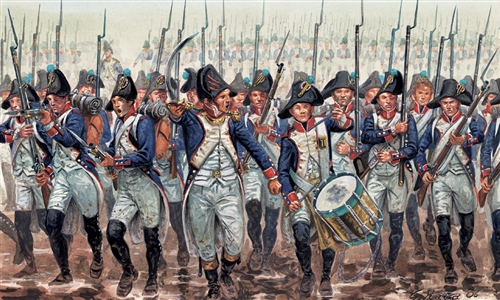 French line infantrymen, wearing the post-revolutionary uniform and equipment, were the main players in the military operations of the Consulate and of the early Empire. They were decisive in battles like Marengo (1800) and Austerlitz (1805). Equipped with the Charleville 1777 muzzle-loaded musket, they were led by young and motivated officers who had an absolute faith in Napoleon.