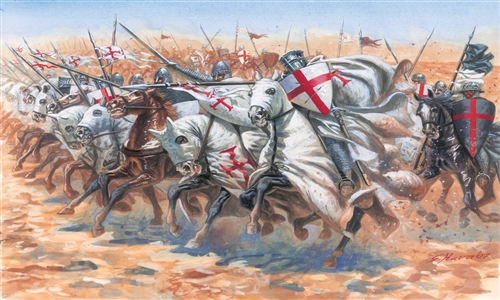 The birth of the Knights Templar, a monastic and military order, dates back to 1139 as an attempt to protect the pilgrims visiting the Holy Land after its conquest. The knights were characterized by a Cistercian's white robe with a red cross. Most templars were equipped as heavy cavalry and can be considered a kind of elite troop of their times.