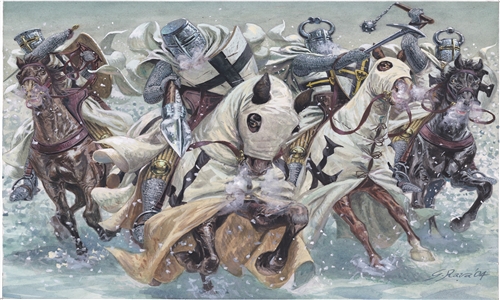 This military and monastic order appeared in the Holy Land at the times of the third crusade but it focused its activity in the colonization of Eastern Prussia, Poland and Baltic countries, bringing Catholicism in the East. In 1199 Pope Innocent 3rd gave them the white surcoats with a black cross that became the insignia of the order. In 1242, the knights of the Order were defeated in the battle of Lake Peipus by Alexander Nevsky, prince of Novgorod. 8 Unpainted figures with horses